The best driving experience available in the UK.

Guests will drive and ride in over £800,000 worth of machinery. Including the Ferrari 458 Spider and McLaren 570S. Plus, guests will meet and be driven round the track by Tiff Needell. 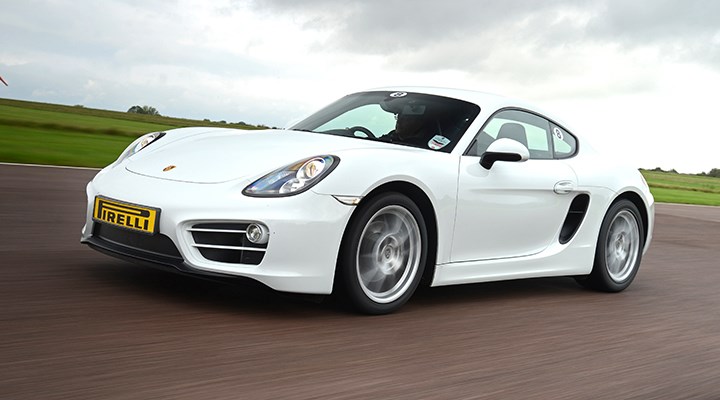 As soon as you start the new Ford Mustang, you will fire up a range of advanced technologies that enhance your driving experience in every way, the dual fuel high-pressure direct injection system on the 5.0 Coyote V8 boosts power to 444hp at 7000rpm and the active valve exhaust systems allow you to experience even more of the big V8’s character. The wide, open and smooth sweeps of Thruxton circuit give an ideal opportunity to experience by far the most capable and complete Ford Mustang and now that it's an official UK car, the steering wheel is on the right side! 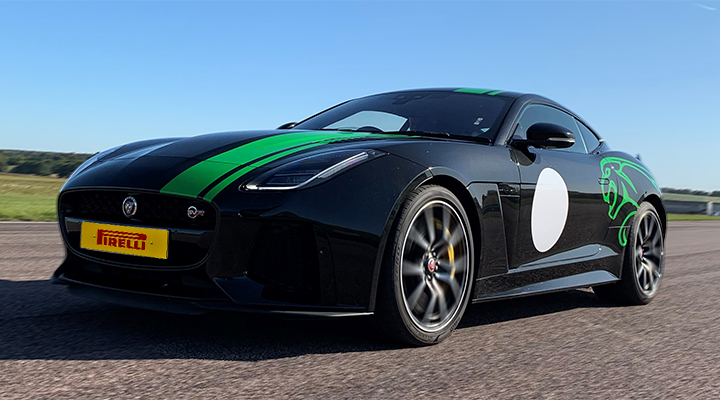 The SVR feel at home around Thruxton. Sweeping corners on to long straights allow the SVR to really stretch its legs. The twin supercharged 5.0 litre V8 produces 567bhp, the engine barks and spits as you head out of the pitlane but once out on track, the soundtrack is epic! The Jaguar F-TYPE SVR is a truly exhilarating car, guaranteed to bring a smile to your face. 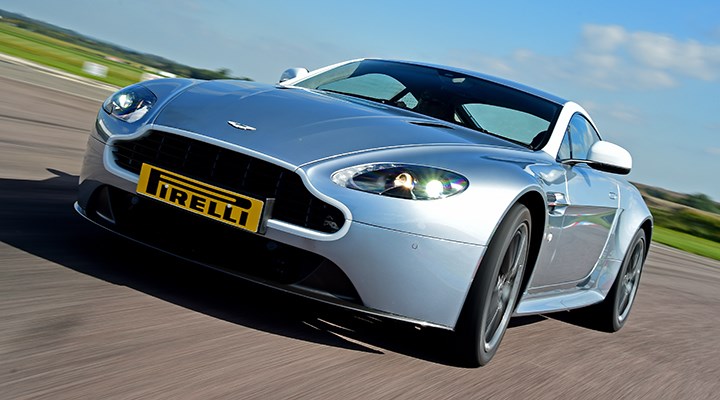 Why are Aston Martin's so popular? It's simple, they're beautiful to look at, brilliant to drive and James Bond has got one! Inspired by Aston Martin’s rich racing pedigree, the N430 is the most dramatic version of the Aston Martin Vantage ever created 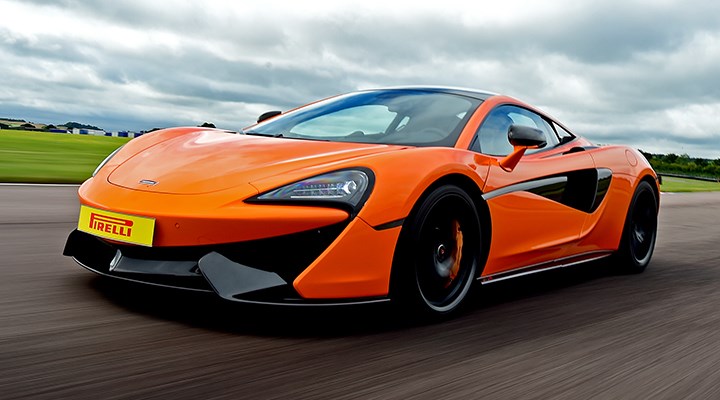 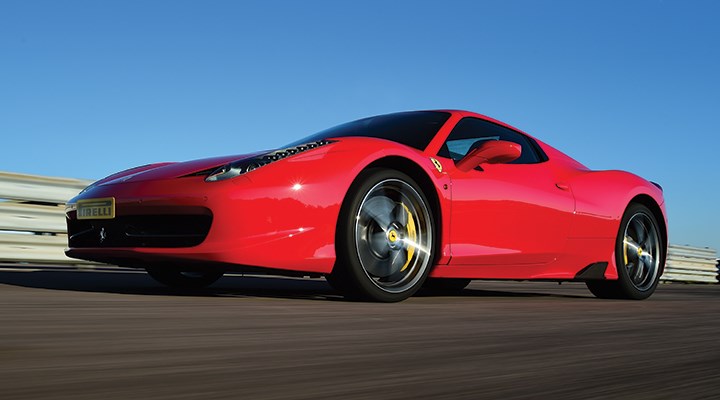 The Ferrari 458 Spider is a V8 engine supercar from Ferrari. They've applied all their technical knowhow from the F1 team and applied it to this car. This model also comes with all the Speciale options. The result is stunning. Seated in the drivers seat you feel embraced by the car. The steering wheel could be straight from Vettels F1 car

Watching Formula 1 will never be the same again after you've experienced driving a proper single seat racing car on a proper race circuit. Many of the current crop of F1 drivers have raced in this formula with Kimi Raikkonen and Lewis Hamilton both winning the UK series. Once seated with the racing straps fitted around you the engine bursts into life you'll feel like a Grand Prix is about to start. Once up to speed, everything clicks into place as you and the car become one, getting quicker every lap, the car responding instantly. A truly unique experience and one that will be remembered

Hold on tight as our resident Stig takes you out for the white knuckle ride of your life. Experiencing a car at its full potential with a professional racing driver at the wheel is incredible 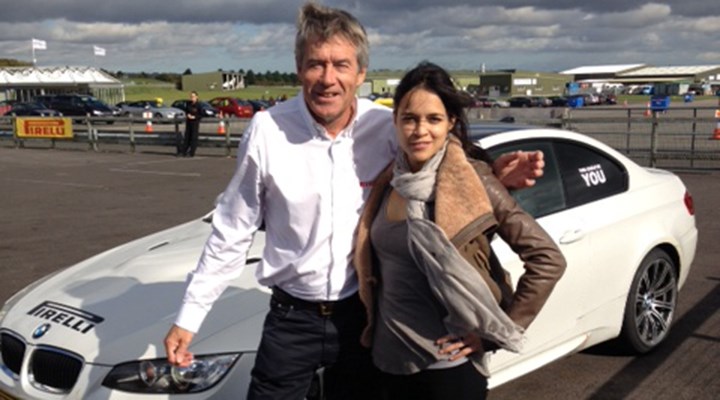 Tiff will take the time to explain the details of the BMW M4 and what to expect. Time to get your camera out for a photo next to the car!

Three exhilarating laps with Tiff at the wheel as he talks you around Thruxton and squeezes every last horse power out of the new BMW M4 whilst pointing sideways at the same time!

About the Ultimate Supercar Driving Experience

We are happy to call this the Ultimate Experience, you will not find anything better anywhere in the UK maybe even the world. An outstanding selection of cars to drive and ride around in on a proper race circuit.

Learn the circuit in the car widely acknowledged to be the best handing, most involving sports car on the market, the Porsche Cayman.

Then work your way through six very different but individually brilliant sports cars and supercars.

The Ford Mustang is the king of the American muscle cars, with a powerful V8 engine up front and all the power sent to the rear wheels. This car is the latest version of the Mustang, so now the chassis is up to the job of taming that V8 engine.

The Jaguar F-TYPE SVR is a product of Jaguars SVO division - Special Vehicle Operations. They create cars that, by their own admission, are the ultimate expression of Jaguar. Their latest creation, the F‑TYPE SVR, is the most powerful F‑TYPE ever made.

Moving to the premier league performance of performance cars, McLaren have set the supercar world alight. The McLaren 570S is simply stunning to drive.

Last up is the most famous supercar brand in the world - Ferrari. The Ferrari 458 Spider really delivers. Performance, handling, looks, technology and something that is sometimes overlooked, real emotion.

After the supercars you will experience a machine that was designed and built for just one reason, to go as fast as possible around a race track within the rules for their particular formula. Five laps driving a Martini Formula Renault will feel like a much more raw experience after driving the supercars.

To finish off your experience you will be a passenger for some high speed laps of Thruxton's famous sweeping and challenging curves and corners. First, a passenger ride with our own tame racing driver in a performance saloon.

The finale is a three lap ride with Tiff Needell in a 420 bhp rear wheel drive BMW M4. A man more famous now for his TV appearances on BBC Top Gear and now Channel Fives Fifth Gear, Tiff has a hugely impressive CV as an international race driver in all sorts of vehicle from Touring cars through Le Mans sports cars and a short stint in Formula One. No one is better than Tiff at going sideways and the M3 is an ideal car to do it in! 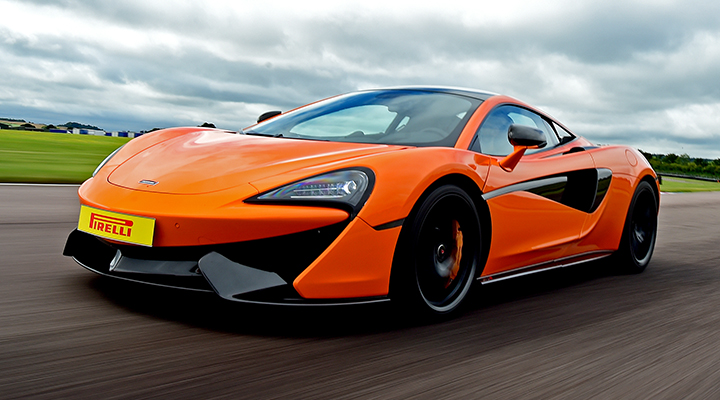 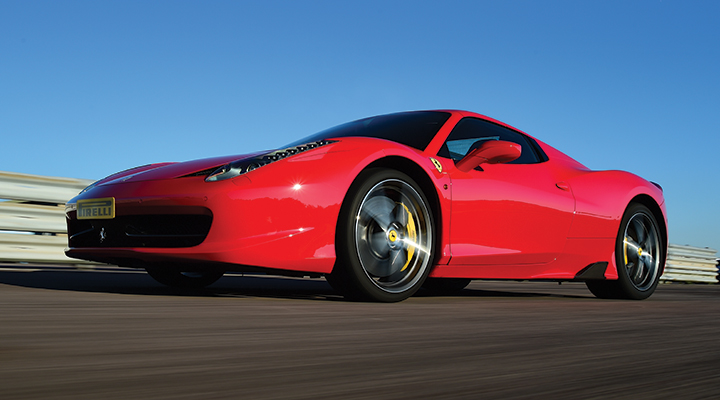 The N430 V8 Vantage model is an English Supercar. There are no extravagant spoilers or scoops to spoil the flowing lines. The new 4.7 litre V8 instantly explodes into life with one push of the starter button. Out on track at 4500rpm, the valves in the exhaust open and the music reaches volume eleven - pure magic. 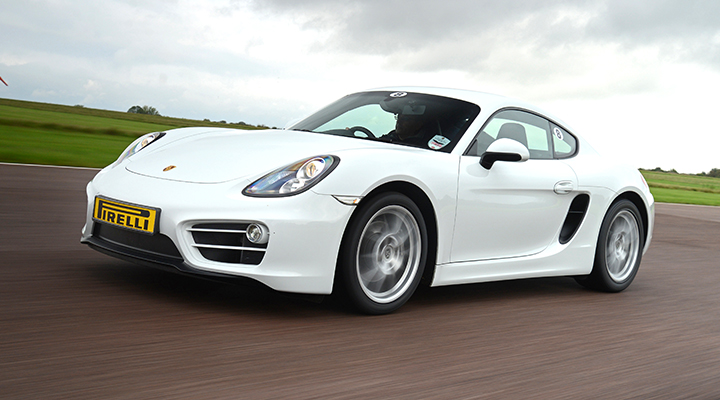 Firmly strapped into the cockpit the car is an extension of you. It will react to every input. When you brake it stops, turn the steering wheel and it darts left or right. Road cars seem soggy and unresponsive by comparison.

We also have the Sports 2000 racing car for customers who are too tall to drive the Formula Renault. These Le Mans looking cars are very fast and have downforce to help corner at high speeds. Great fun to drive! 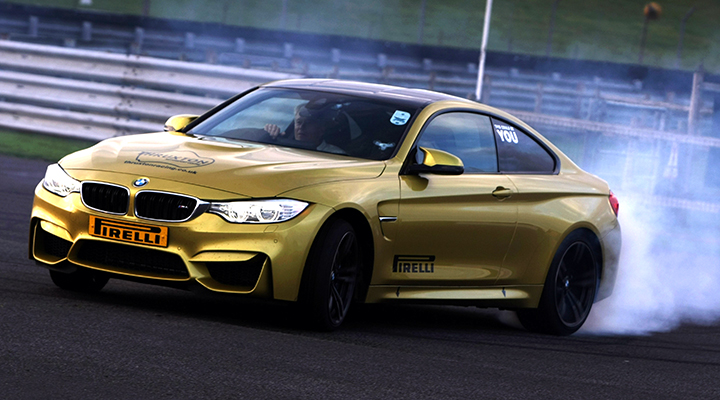 The BMW M4 Coupé feels like it was made to lap Thruxton's fast sweeping corners. The car is equipped with the brand new 431hp M TwinPower Turbo engine with a seven-speed M Double Clutch Transmission.

Since its launch in 1965, the Ford Mustang has become one of the world’s most recognisable sports coupes, an iconic American muscle car and star of one of the best car chases on film - Bullitt. Steve McQueen flies around San Francisco in a Mustang 390 GT.

Now in its 6th generation, Thruxton have the latest version of the famous V8 Coupe which produces much more power than even the largest 7-litre cars from the late 60’s but more importantly now has a sophisticated 21st Century chassis with a multi-link rear axle and Brembo brakes.

The Jaguar F-TYPE SVR is an F-TYPE on steroids! Engineered by Jaguars 'Special Vehicle Operations' its a supercharged, V8 engine, four-wheel drive monster, capable of 200mph! In a word, this car is exhilarating. 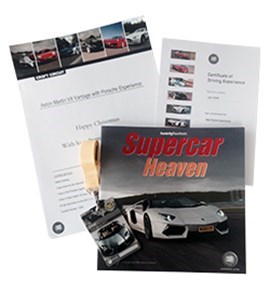 This experience can be purchased as an open gift voucher valid for 18 months from the date of purchase.

This experience operates from Thruxton Circuit in Hampshire.

We operate on selected weekdays and Saturdays. Please note: there is a £12 premium if you choose to book on a Saturday, payable when a date is booked

Spectators are welcome - free of charge